Each year since 2012, Scoil Mhuire has received a Creative Schools Award for excellence in arts education projects. These awards have been presented at ‘The Ark’ Children’s Cultural Centre, Temple Bar, Dublin.

Each year we have taken on an entirely unique and creative project that usually involves a lot of drama as well as some other creative aspects such as creative writing, film making and/or art. The work is child driven and the students are encouraged to be creative and use their own ideas rather than merely follow the direction of teachers. The children take this work very seriously and get very into the topic at hand which has often been of historical interest as well as being a dramatic piece. Of course having Iníon Uí Ailíosa to hand means the children are enabled to “make something amazing out of nothing”.

So far we have completed the following projects, each of which received a Creative Schools award:

School Principal, Mairéad Ní Mhurchú, has praised the creativity of these students and has commented on how Scoil Mhuire pupils have benefited in multiple ways from the Creative Schools programme.

Blog posts about our Creative Schools Projects and Awards 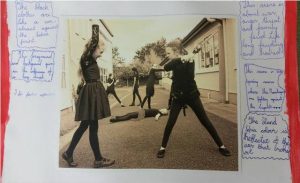 On May 16th 2017, Fourth Class received a Creative Schools award for their 20 minute Promenade Theatre production of ‘Romeo and ...
Read More 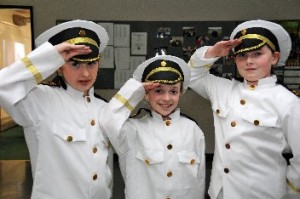 Scoil Mhuire students have won a top award in this year’s Creative Schools Project hosted by the Association for Creativity ...
Read More 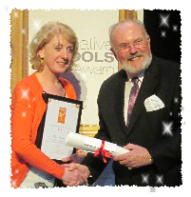 For the second year running, Scoil Mhuire  won a national award for Creative Schools. The award was made to Scoil ...
Read More